The Green Strides Tour in PA: Sustainability as a Mechanism for School Engagement 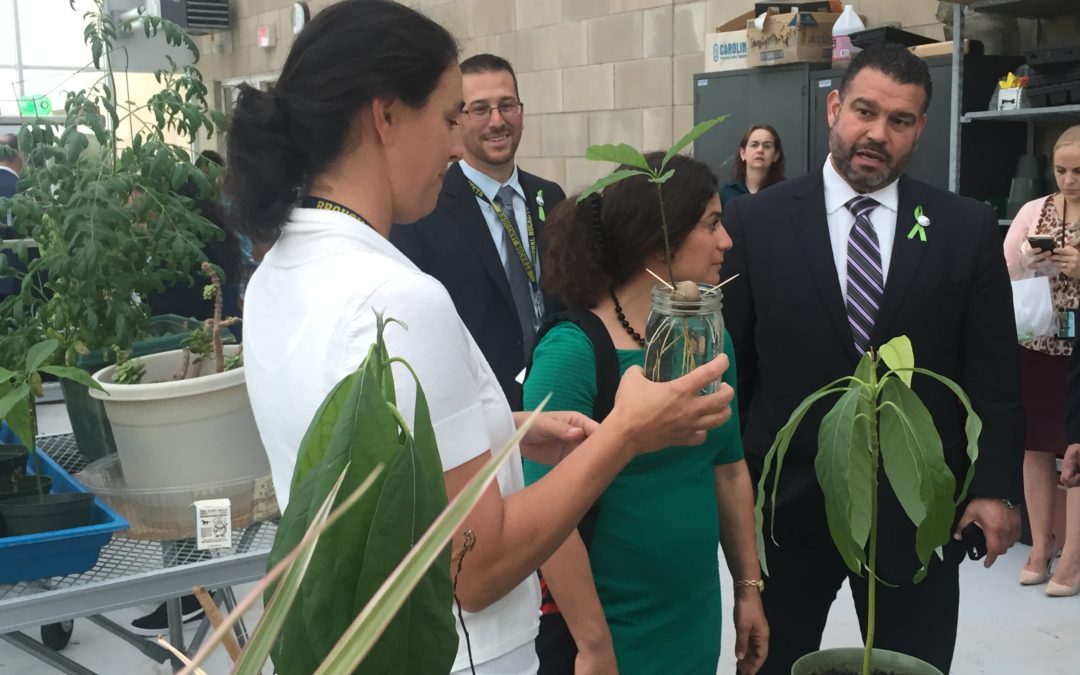 U.S. Department of Education Green Ribbon Schools (ED-GRS) is founded on the U.S. Department of Education’s (ED) authority to identify and communicate practices that increase student and community engagement and, in doing so, also raise academic achievement.  Annually, the Green Strides Tour shines a spotlight on the potential for sustainable schools practices to engage students, teachers, families, and community members.

The 2016 “Real-World Learning” Green Strides Tour put this commitment on display, as we toured schools, districts, and even a postsecondary Pennsylvania ED-GRS honoree, celebrating their achievements, and educating visitors on the many ways schools old and new, public and private; districts large and small; and colleges and universities can reduce environmental impact and costs, improve health and wellness, and teach by the most hands-on, engaging means possible.

Moving on to Springside Chestnut Hill Academy, a 2012 honoree also in Philadelphia, visitors  (including Maarten Pesch, LEED architect and principal at Wallace, Roberts, and Todd; Will Agate, president of NetZero Microgrid Solutions, LLC; and representatives from the Philadelphia Water Department and Fairmount Water Works) learned about a one of the largest rooftop solar systems in the area; cafeteria practices such as using all non-disposable tableware and farm fresh food; and health and performance-promoting sustainable LEED gold building features.  In addition, they visited an outdoor classroom made of natural and recycled materials and a rain garden.  Both of these features were envisioned and built by students, who also organize an Eco Festival that showcases sustainability practices and participate in a Green Devils Club.

That afternoon, we learned about the sustainable practices of Lower Merion School District, a 2014 District Sustainability Awardee with a tour of Harriton High School in Bryn Mawr.  There, student leaders described their greenhouse, garden, and aquaponics initiatives.  Visitors were treated to school garden grown tomato bruschetta, strolled the no-mow native plant biozone surrounding the school, and, while passing through parking lots, admired a compressed natural gas bus fleet.

The first day wrapped up with a visit to 2012 honoree Radnor Middle School in Wayne, where leading green team educators Banny Ackerman and Jon Savitch described a LEED Silver building, including features such as light shelves, a healthy HVAC system, and green roof.  Visitors were witness to a mindfulness exercise and viewed watershed education projects as a group of eco-club students guided visitors to view raised beds, chickens, and rain gardens.

Next, at Westtown School in West Chester, a 2014 honoree, we visited with environmental science instructors and learned about innovative placed-based sustainability education, saw a mini-farm (including composter and chickens), admired LEED constructions, and joined students for local, organic dining.  At Westtown, where numerous students and faculty are housed on campus, two dormitories and five faculty homes are heated and cooled by geo-thermal systems.  The solar voltaic array on the school’s athletic center generates 60,000 kWh per year.

That afternoon, at the School District of Jenkintown, a 2016 District Sustainability Awardee, visitors were welcomed with an environmental themed choral performance and a farm to school food truck, and had a chance to visit a towering playscape (including truck park), a rain garden, and raised beds.  At Jenkintown, all fifth through twelfth graders have been provided Chromebooks and the district has moved to a Google-based academic platform.

One of the high points of the 2016 tour came that afternoon with a celebration of 2014 District Sustainability Awardee Council Rock School District’s many sustainability efforts hosted at Goodnoe Elementary in Newtown.  There, visitors heard a recycled instrument “junk” band sing about the environment and circulated to learn about sustainability efforts from district students showcasing everything from green construction to gardening, NASA programs to recycling efforts, stream study to Camp Invention.  At Council Rock, K-12 science curricula foster environmental literacy and watershed preservation.  Students also participate in extracurricular activities such as STEM Club, Botany Club, and the Environmental Action Clubs. 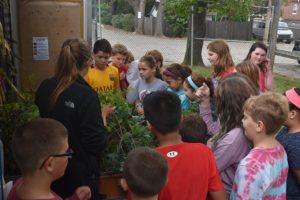 Later that morning, Principal Bob Kern and Assistant Principal Bob Bauder led visitors on a fast-paced, high-energy tour of Nazareth Area Middle School, a 2013 honoree, which included an extensive physical education program including a fitness room, pool, and trails.  They featured efforts to build positive school climate, including “Couch to 3K” and “Tough Mudder” projects targeting girls.  Built in 2009, the LEED Gold building serves 7th and 8th grade students and features a 574 kW solar photovoltaic system.  Students participate in the Trout in the Classroom program, where they receive trout eggs in early November, hatch these eggs, and care for the fish until their release into a local water system in the spring.

The 2016 Green Strides Tour wrapped up at the Monroe Campus of Postsecondary Sustainability Honoree Northampton Community College in Tannersville, the first institution of higher education ever to be included on the Green Strides Tour. There, visitors learned how a 500-kilowatt inverter converts current from the solar panels over the parking lot, supplying about 45 percent of the campus’ energy.  Biology professor John Leiser and his students demonstrated bird banding and visitors learned via student-produced video about the garden used by the college’s culinary students at its main campus.  Northampton also showcased its wind turbine study abroad project, where college students, led by professor Christine Armstrong and Program Manager of Heating, Ventilation, and Air Condition Dan Phillips, travel to Peru to erect a wind turbine to bring much-needed energy to a rural mountain village, learning important cultural and sustainability lessons along the way.  Looking at the LEED Gold campus now and learning about its engaged students and faculty (the college had three of the last seven teachers of the year in the state), it’s hard to believe it is built on the site of a former blouse factory!

Each of the sites on the 2016 Green Strides Tour stood out for their degree of engagement.  To parents, teachers, students, and partners these aren’t merely schools.  They are, among other things, community meeting points, food bank suppliers, havens of safety and wellness, mechanisms for mitigating local environmental problems, spaces to learn through real-life challenges, places to innovate, platforms to present about one’s learning, and ultimately to receive a hands-on, authentic education that will sustain students and their communities for the future.

A big thank you to all of our 2016 Green Strides Tour hosts!  We hope they will continue to share about their award-winning sustainable practices and inspire other schools to undertake more of the same. 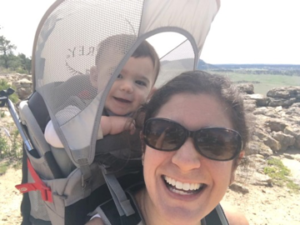