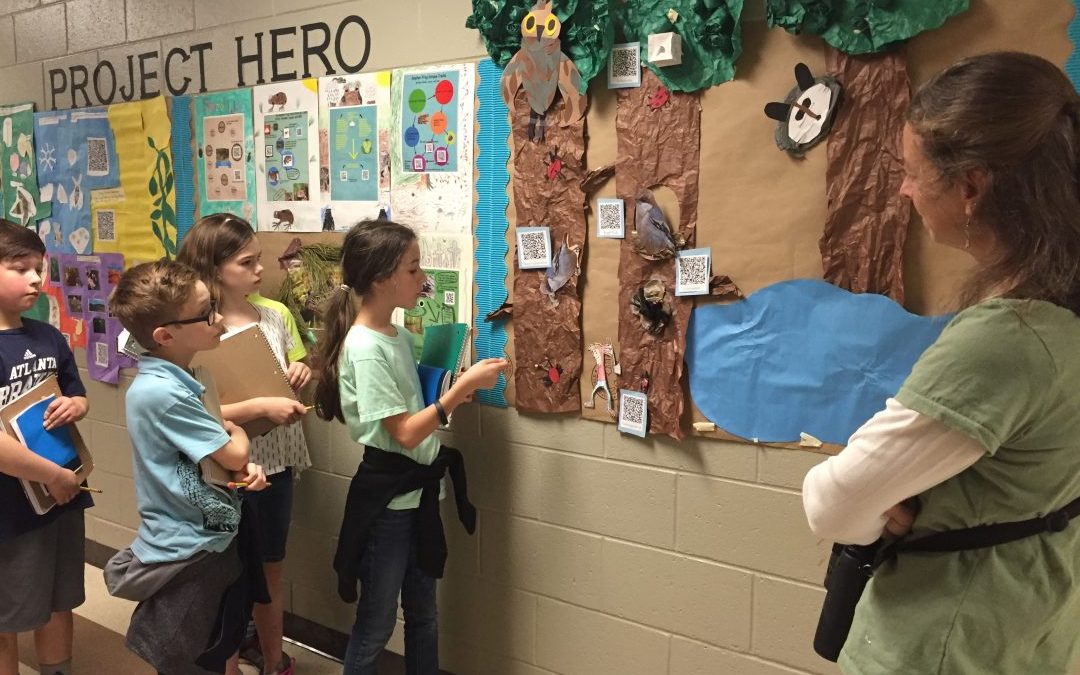 In 2009, a short documentary titled “A Simple Question: The Story of STRAW” was shown at the first Green Schools National Conference in Minneapolis, Minnesota. If you have not seen the film – watch it. It is the story of a fourth-grade teacher in Marin County, California who could not – for one more year – ignore the earnest look in her students’ faces when they learned about endangered species and wanted to know what they could “do.” She could not have them do another superficial activity that would not make a real difference.

In that moment [in the early 1990s], Laurette Rogers spontaneously suggested to her students that the class research what was endangered around them, adopt an endangered species, and then do something to save it. In the early days, before Google and smartphones, that challenge was no easy task. But the energized and engaged students dug into the data and found a few species that needed help in their county. They finally settled on a species to save – the freshwater California shrimp – and began a journey of discovery to figure out what was threatening the species and what meaningful action they could take on its behalf.

During this inquiry process, the students discovered that removal of riparian buffers in local streambanks was causing habitat loss. The shrimp needed shady, cool waters – but ranchers were denuding their stream banks in an effort to better ‘water their cattle.’ The students approached a rancher in their community who was (unintentionally) contributing to the shrimp’s decline and convinced him to let them plant willows along his streambanks. Mrs. Rogers’ students became so invested and ignited by their work that they could not stop talking about it. Soon, other classes in the school joined in. And before long, saving the freshwater California shrimp became the culminating event when the school district taught students about threatened and endangered species.

By the time the film was created, this engaging and empowering way of teaching about threatened and endangered species had been going on for almost two decades. More than 25,000 students had contributed to more than 300 restoration projects along several miles of streambank – with some sections of riparian forest stretching 25 feet in the air. The shrimp population had rebounded; the ecosystem had flourished with the return of at least 18 different rare songbird species; and the ranchers reported better water retention on their property. Importantly, the film features the original students – as adults – reflecting on the profound transformative impact of this project and how this approach to learning and action empowered them to be true agents of change for their world.

Sitting in the audience at the 2009 Green Schools Conference film screening was Leesa Carter-Jones, who at the time was Executive Director of USGBC Georgia. Moved to the core by this film, Carter-Jones thought to herself – with today’s technology, this is a scalable model. All kids who learn about biodiversity loss should be allowed to engage their empathy on behalf of endangered species. They must be empowered to make a difference.

In 2012, when Carter-Jones became Executive Director of the Captain Planet Foundation, the motivation to provide all students, everywhere, with the same experiences as those featured in the film became the inspiration for Project Hero. Today, Project Hero is launching with the goal of engaging and empowering students to become heroes – problem-solvers and change makers – for the species and ecosystems around them. In development for almost four years, Project Hero will be available and free to all teachers in Fall 2018. 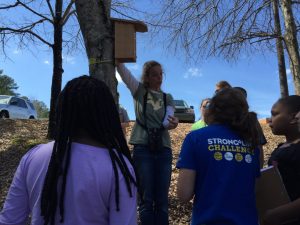 Project Hero is a web-based, student-facing, project-based learning framework that guides students through “Quests” on behalf of species and ecosystems locally relevant to them. Developed collaboratively and in partnership with coalitions of environmental organizations, Quests feature the very best content (i.e., image and film, text, activities, curriculum, citizen science projects) relevant to a Quest’s focus (an ecosystem, a trophic cascade, or a species group). The Quest is stitched together as a hero’s journey narrative to guide students through a GREAT project-based learning process – Gathering, Researching, and Exploring and Explaining. At the end, students Apply their knowledge by engaging in a hands-on, solution-oriented project; and then Teach others to engage a broader audience in their work.

Members of the Hero Society – volunteer content-area experts – are available to the young heroes throughout the Quest to provide advice and mentorship. Small grant funds are made available to classrooms to support the material costs of implementing projects on behalf of their chosen endangered species. Teacher resources are available through the free account to enforce standards-based learning, cross-disciplinary application, social and emotional learning, and reflection.

But what IS Project Hero? It is the strategy Captain Planet Foundation has developed to use information and communication technology to activate the natural empathetic response in young people to take action. Too often, when we present kids with the pressures and tragedies facing the planet, they want to act. But as educators, we know the problem is complex and that it is difficult to point students toward meaningful solutions. Faced with that difficulty, we often glaze over the complexity or point students toward contrived solutions like posters, letters, or dioramas.

At Captain Planet Foundation, we worry that this pathway may unintentionally teach kids that apathy is an acceptable response to complex problems. Functionally and practically, we designed and developed Project Hero to provide teachers with a ready-set tool to use in THAT moment. A place to turn to and do exactly what Laurette Rogers did in Marin County – to challenge their students to make a difference (but with most of the work already done for you).

To address a possible misconception, Project Hero’s use of technology is not intended to substitute for outdoor experiences. Rather, it allows teachers and students to move back and forth – from the platform to the practical. It prompts teachers to send students outdoors – where they can explore and inquire, observe and research – and to come back to the classroom with new information that helps them advance through their Quest. With the plethora of incredible real-time data, citizen science apps, and online resources, these Quests become situated in real science and real problem-solving. As one example, in discussing the forthcoming Longleaf Pine Quest, E O. Wilson’s Biodiversity Foundation thought it would be useful for classrooms to organize a bioblitz event as part of their Quest. This would help the Biodiversity Foundation to fill their data gaps. Kids …. providing data to E.O. Wilson … how amazing is that?!

On the immediate horizon, Project Hero plans to add additional functionality to allow for student connectivity. What would happen if kids engaging in Quests around the globe have the ability to connect and compare data, findings, and projects? It is the incredible power of today’s information, communication, and technology landscape that makes Project Hero’s potential so exciting.

Quests available through Project Hero are defined by three primary factors: geography, issue, and grade band. Captain Planet Foundation works with a wide diversity of organizations to develop locally-relevant Quests for students across the continent, and eventually around the planet.

Courtney Kimmel is Director of Strategic Partnerships at Captain Planet Foundation (CPF) and has led the development of Project Hero over the last three years. Prior to joining the CPF team, Kimmel worked as Associate Director of the Center for Leadership in Global Sustainability at Virginia Tech where she developed international graduate and professional programs and courses. Kimmel holds a Ph.D. in human dimensions of natural resource management with degrees in economics, political science, and anthropology/sociology, all of which influence her thinking and work.

Leesa Carter-Jones is Executive Director of Captain Planet Foundation (CPF), where she has led the organization through a period of rapid growth and development. Prior to coming to CPF, Carter-Jones was Executive Director of USGBC Georgia Chapter and worked in the organic grocery retail industry before that. With a long history in reading market trends and directing organizations to quickly adapt to meet demand, Carter-Jones is the visionary behind Project Hero as a tool for activating kids from screen-to-green.