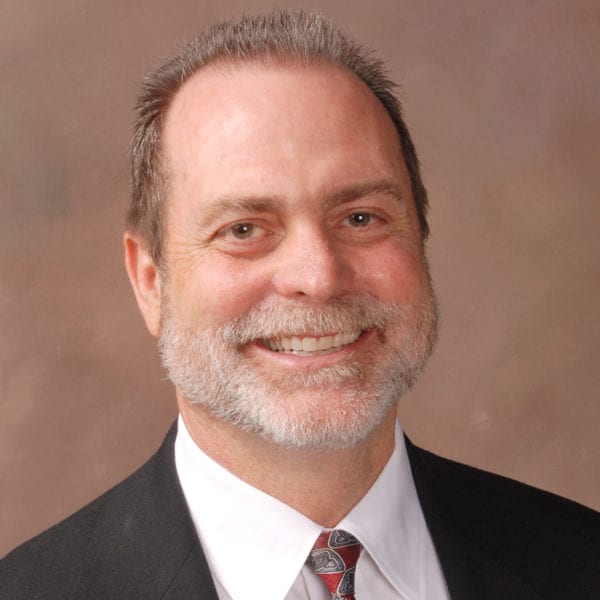 Green Schools National Network (GSNN) is welcoming a familiar face to our team! Dr. Timothy Baird, former superintendent of California’s Encinitas Union School District (EUSD), has stepped in to serve as our interim director of partnerships. Some of you might recognize Dr. Baird as one of our Catalyst District Leaders. He has also written extensively over the years for our blog (for example, see here and here) and the Green Schools Catalyst Quarterly. Dr. Baird recently retired from EUSD after ten years of service to the district – and thirty-nine years of service as a public educator. During his tenure at EUSD, the district was recognized as a 2014 U.S. Department of Education Green Ribbon District Sustainability Awardee.

We recently asked Dr. Baird to answer a few questions about himself, his career, and what he looks forward to accomplishing in his new role. Read on for his responses and get to know our newest team member!

Describe some highlights from your career as an educator.

I’ve been fortunate to have worked in some great school districts with outstanding educators over my career. I started as an elementary upper grade teacher in Irvine, California. After a stint as an assistant principal, I became an elementary principal at a school on California’s central coast. Our team turned this school into a school of choice within the district, with a communications theme. We had students working in the community doing public-service projects and hosting a public radio show (including an in-depth 60 Minutes-style piece on the local nuclear power plant). We held cultural festivals and had a movie production studio, among many other things that were unique for the early 1990s.

The superintendent asked me to become principal at the large, overcrowded high school. I accepted and I’m not sure whether the staff or I was more frightened by this decision! I ended up loving the school and we did some interesting things as a team. We integrated the English and Social Studies departments into one entity, so these classes were taught by a team. We also started real-world career tech programs that had our students running businesses, building rocket technology, designing cars, installing internet wiring for our school, and more.

I moved to another district to serve as its assistant superintendent and later became its superintendent. Here, we really began to explore sustainability education and outdoor learning. Our high school students created a wetlands area near campus, and I was one of the founding members of the Ojai Valley Green Coalition.

I spent the last ten years of my public teaching career as superintendent of EUSD. The team in Encinitas was phenomenal and the district is one of the leading green school districts in the nation (see the newly published A Practical Guide to Leading Green Schools by Cynthia Uline and Lisa Kensler, which highlights many of the district’s successes). Working with staff, students, parents, and community members, we put students in positions where they became environmental civic activists. They helped change district policies, state laws, and local government codes. Students helped us build bioswales and transform classrooms. I’m truly amazed at what can be accomplished when we make students active partners in the work.

What motivated you to get involved in the green schools movement?

I became involved with many facets of sustainability education when I was superintendent in Ojai, California. We had some active staff members getting students outside doing project-based learning. Many of our students were also getting involved in sustainability projects such as restoring wetlands or starting school gardens. At the same time, our parents were working with us to bring healthy, organic food into the food-service program. I also was inspired by Al Gore’s An Inconvenient Truth to help start the Ojai Valley Green Coalition (which is still in existence!). So, the inspiration for me came from several sources.

Describe your new role with GSNN. What are you most excited about contributing to the Network?

My new role as interim director of partnerships puts me in charge of the team that connects directly with all our partner schools and districts. We’ll be meeting with administrators, teachers, support staff, students, and community members to help craft GreenPrint plans and monitor sustainability successes. I’m excited to work with our dynamic partnership team and our partners. Being able to work directly with schools on all aspects of sustainability change efforts is one of my passions.

What are you reading and listening to right now?

I’m an eclectic reader. I usually read multiple books at the same time, and I read to satisfy different parts of my brain. For fun, I read a lot of trivia and historical fiction. I just finished Barnard Cornwell’s Saxon Tales series. Books on leadership are always interesting to me and right now I’m reading Dan Heath’s latest book, Upstream, which gives some insight on how to look at problems differently and solve them before they become bigger issues. The historian in me is reading Drunk: How We Sipped, Danced, and Stumbled Our Way to Civilization. Finally, my inner teacher has just started Lisa Delpit’s Teaching When the World is on Fire.

I don’t listen to many podcasts. I do like some of the classics, such as NPR’s This American Life and Malcom Gladwell’s Revisionist History. Lately, I’ve been listening to old-time dramatic radio shows from the 1940s and 1950s for fun.

What do you enjoy doing in your spare time?

As you can tell from the list above, reading is one of my favorite activities. Playing and watching sports are high up on my list. I play tennis every weekend with friends I’ve known since junior high. I’m a big Dodgers, Lakers, and Chargers fan since forever. I also love to travel and spend time with family and friends.

What is one thing people may not know about you?

I’m a prolific meme writer. My wife Laurie will tell you that they’re not really memes, since they’re too wordy and they’re not designed to be imitated, so I’ve started calling them temes. Anyway, I survived the pandemic by writing a couple of temes per day on a variety of topics, everything from politics to breakfast foods. Laurie is mostly excited about me taking the interim director position for GSNN since it will cut down on my teme production!