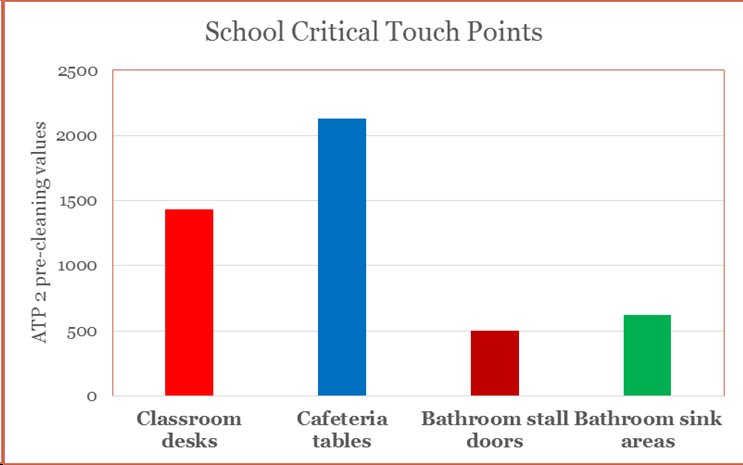 Fundamental strategies for managing indoor environmental quality (IEQ) include controlling thermal conditions, adequate ventilation, and effective cleaning. However, IEQ is frequently compromised in schools and has been associated with both student health and learning outcomes. For example, low ventilation rates can result in an increased exposure to indoor air pollutants, assumed to be the primary reason for adverse effects on occupant health and performance. Recent studies have also associated cleanliness of high contact surfaces with health outcomes. In addition to improved hygiene, pertaining to residual contamination on these surfaces, lowering of settled dust accumulation can reduce triggers causing allergy and asthma symptoms for sensitive individuals.

This article summarizes recent research conducted by The University of Tulsa’s Indoor Air Program. Based on research conducted in a large school district in the Southwestern United States, maintaining adequate ventilation and thermal comfort in classrooms could raise a student’s average test scores to ‘commended performance’, indicative of high academic achievement (considerably above state passing standard). In addition, adequate ventilation and cleanliness could reduce health symptoms that require a visit to the school nurse. The research helps to understand the potential benefits of effectively managing indoor environmental factors in schools.

Data on classroom conditions were based on measurements conducted in 140 fifth-grade classrooms at 70 schools during the winter and spring months preceding the learning assessment in the spring of 2009. Field measurements consisted of temperature (T), relative humidity (RH), carbon dioxide (CO2), and settled dust. In a sub-sample of 27 schools, monitoring was continued during the following school year (2009-2010) combined with an assessment of cleaning effectiveness by surface sampling. Surface sampling included collection of pre- and post-cleaning data from critical contact transmission surfaces in classrooms, restrooms, and cafeterias, using three different monitoring systems to detect and quantify adenosine triphosphate (ATP), which is a well-recognized marker for biological contamination. In addition, levels of total culturable bacteria were quantified using contact agar (RODAC) plates. 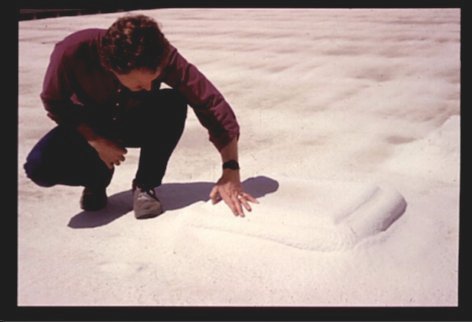 Ventilation rates for each of the 140 classrooms monitored were estimated based on carbon dioxide concentrations (CO2) as described by Haverinen-Shaughnessy et al. 2012. For indoor temperature, we used average values during the occupied school hours. Other classroom level data, including highest degree held by the teacher, were obtained from the district.

The test score data were based on an annual statewide assessment of learning designed to relate levels of test performance to the expectations defined in state-mandated curriculum standards. For all subject areas, the state used a scale score of 2100 points for “met standard” and 2400 for “commended performance.” In addition, anonymous individual student data for the 2008-2009 school year were obtained to profile each fifth grade student (N=3109) in the 70 schools (140 classrooms) related to the student’s gender, ethnic background, participation in the free lunch program (commonly used as a socioeconomic indicator), English language proficiency, “gifted” status (i.e. a student who has demonstrated potential abilities of high performance), and mobility rate, as well as data related to absenteeism and absenteeism due to illness (corresponding to number of days absent).

Based on the results, fifth-grade students’ math scores (average 2,286 points) increased corresponding to increasing ventilation. The estimated score increase was 74 points from the lowest observed ventilation value (0.9 liters per second/person) to the recommended minimum ventilation rate (7.1 liters per second/person). An additional 64-point increase was reported along with decreasing temperature, ranging from the highest observed temperature of 25oC (78oF) to the lowest observed 20oC (67oF). Effects of similar magnitude were observed for reading and science scores. It was concluded that maintaining adequate ventilation and thermal comfort could raise an average test score to “commended performance”.

Associations between IEQ and health (2)

Associations between these health data and school level data on IEQ from the corresponding school year were analyzed using bi-variate correlations and linear regression models. It was found that ventilation rate was correlated with respiratory symptoms whereas culturable bacteria were correlated with gastrointestinal symptoms, and the associations remained statistically significant after adjusting for outdoor temperature (to control the effect of seasonal variation). It was concluded that classroom ventilation rate and hygiene of high contact surfaces may be related to student health.

The American Society of Heating, Refrigerating, and Air-Conditioning (ASHRAE) recommends a minimum ventilation rate of 7.1 liters per second/person in classrooms. This research found ventilation rates below the recommended level in a majority (96%) of the classrooms measured. Similar findings have been reported elsewhere in the United States as well as in many other countries.

The authors point out that whereas heating, ventilation, and air conditioning (HVAC) are responsible for a large part of school buildings’ operational costs as well as their carbon footprint, schools should strive for optimal HVAC operation without compromising the demand for adequate provision of supply air. The effects on students’ health and academic achievement must be taken into consideration in this process. In addition to ventilation, maintaining adequate thermal comfort and hygiene in schools warrants further consideration.

1) Effects of Classroom Ventilation Rate and Temperature on Students’ Test Scores: (http://journals.plos.org/plosone/article?id=10.1371/journal.pone.0136165) 2) An Assessment of Indoor Environmental Quality in Schools and its Association with Health and Performance: (http://www.sciencedirect.com/science/article/pii/S0360132315001092)

View a news story related to the study: http://www.newson6.com/story/30092188/fresh-air-in-classrooms-could-improve-test-scores-tu-study-shows

Since 1987, the University of Tulsa Indoor Air Program (TU IAP), under the direction of Dr. Richard Shaughnessy, has engaged in K-12 schools IAQ technical assistance and studies to improve classroom conditions based on the U.S. Environmental Protection Agency’s Tools for Schools kit, and has worked with over 150 school districts in 24 states in development of long-term IAQ Management Programs impacting over 2.6 million students. TU IAP continues to conduct extensive work in schools on the nature of indoor environmental issues and to identify practical solutions.  An active IAQ researcher, Dr. Shaughnessy’s peer-reviewed research played a key role in establishing the relationship between ventilation rates and academic performance, and his recent research on school biocontaminants led to the creation of the ISSA Clean Standard: K-12 2015, which is now being implemented in schools districts throughout the United States.

Ulla Haverinen-Shaughnessy, D.Sc., is a Visiting Professor at the University of Tulsa (TU) since 2006, a Senior Researcher at the National Institute for Health and Welfare, Dept. of Environmental Health in Kuopio, Finland since 2007, and a Docent of Structural Engineering, Healthy Buildings at Tampere University of Technology, Finland since 2007. She has designed and coordinated many studies related to both home and school environments in Europe. She has published extensively on dampness and mold related issues, and contributed to the World Health Organization’s recent report “School environment: policies and current status.”  Dr. Haverinen-Shaughnessy is actively participating in TU Indoor Air program research on associations between IEQ in schools and both academic performance and student health.