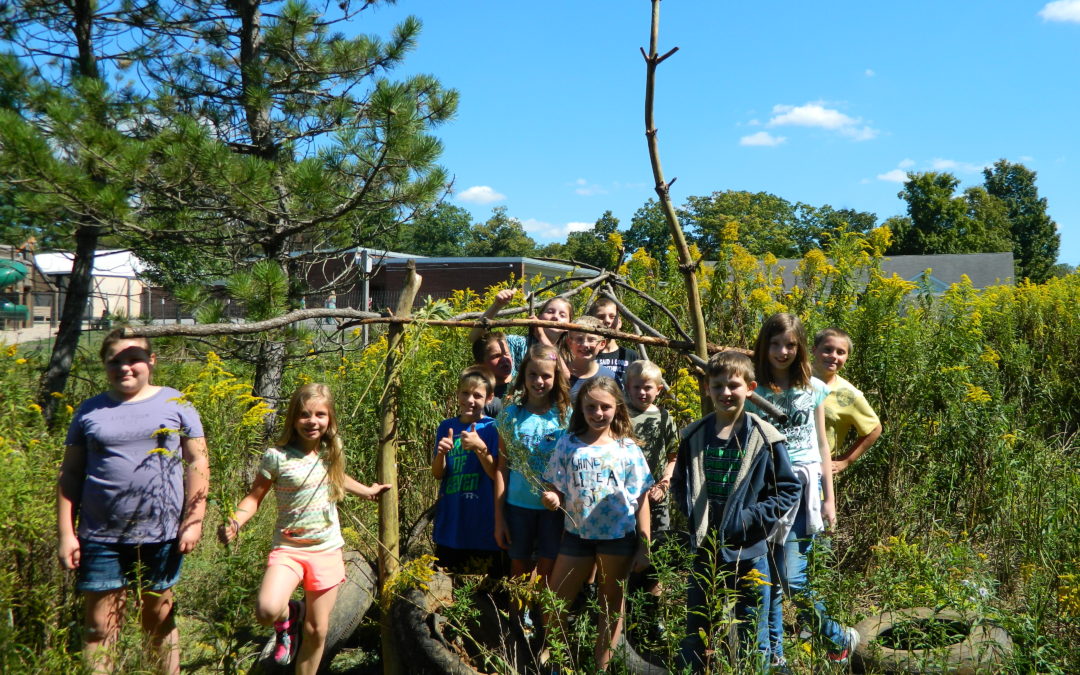 It was 2002.  President George W. Bush signed the No Child Left Behind (NCLB) Law and schools across the country, especially those serving low-income students, adjusted accordingly.  Curriculum narrowed, edging arts, physical education,  recess, and social studies out of the school day.  And students had fewer and fewer opportunities to move about.  “Student achievement” gauged by standardized test scores was the new standard schools were judged by, an extension of a standards-based era in education that had started, in earnest, several decades prior.

Crellin Elementary, nestled in Appalachia—a region known for generations of persistent poverty—should have been a posterchild for the new way of doing business.  After all, before 2002, Crellin  epitomized the kind of failing school serving disadvantaged students that NCLB aimed to address.  Pre-2002 Crellin descriptors included “a dump,” “failing,” “an eyesore,” and “a tough place,” with the school’s backyard doubling as a community dump.  Test scores were abysmal. The relationship with the community was “us versus them.”  Water pools behind the school were orange; the nearby stream was “dead.”  A coal tailings dump from generations prior had left a legacy of environmental contamination.

Coinciding with NCLB becoming the law of the land, Crellin turned its school around by rejecting the prevailing educational trends.   Crellin engaged the community, marshaling resources and raising $150,000 to remediate the environment.  Community members volunteered thousands of hours to build a world-class playground.  Sure enough, the walls between school and community came down. Local terrain—environmental and social—was embedded in every aspect of what became known as the Crellin Way—what education researchers call place-based education. Students were rarely indoors, instructors ensured subject areas “intertwined,” standardized tests were “just another day,” and state standards were the “floor” and not something to be taught to. Tending to the students’ (and often the community’s) social-emotional needs was the highest priority.  Sometimes, students needed clothes, food, or hugs.

Crellin’s secret is out. The school and its principal, Dr. Dana McCauley, regularly claim national and international plaudits for  environmental education, place-based education, and character education.  Headlines touting Crellin’s state leading test scores are commonplace. But Crellin’s stakeholders are adamant: the Crellin Way is about teaching students to think critically, learn authentically, and contribute to the community’s social capital.  Disadvantaged kids with over a decade of jaw-dropping test scores are merely a side-effect.

As a researcher, I was determined to understand Crellin’s magic.  It seemed too good to be true.  Crellin became fodder for my dissertation. 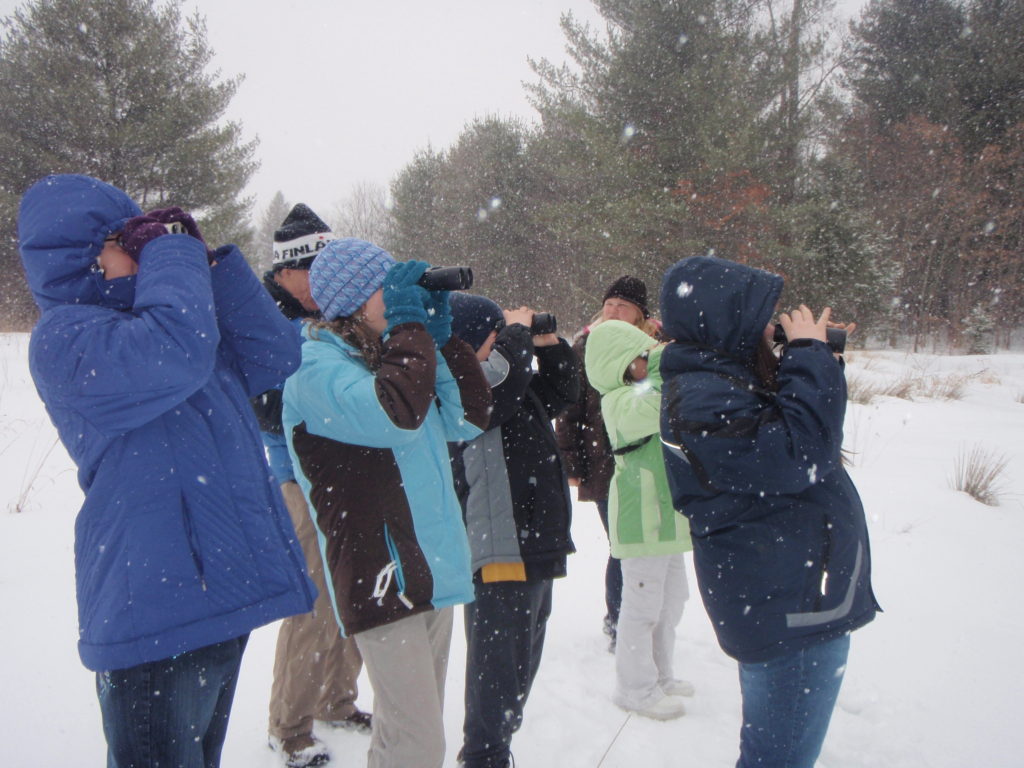 In Nature, All the Time

Heeding the advice of locals at the milkshake counter and that of Crellin’s faculty, staff, and learning partners, I took as many opportunities as possible to simply observe at Crellin, fading into the background.  Veteran teachers wanted me to “see” the interconnectedness, and how both nature and the community are as much a part of the school’s fabric as are the teachers, students, and staff.  The principal’s encounter with a snake is indicative of what I saw:

A group of 10 students—all waist high in hip waders—were in the creek; 20 students watched from the shore.  They were using a net to catch macroinvertebrates to study the stream’s health.  A snake appeared in the water, about 5 feet from the students.  Several students (all of whom were new to the school, I would later learn) shrieked. The principal calmly noted, “That’s a snake” and then went about the data collection.

Students at Crellin are nearly always outdoors—no matter the weather.  Community partners are ever-present, sharing their talents with the students.  The collective classroom is a nearly 6 acre environmental learning laboratory that was once a public health menace.  Native plants abound. Data collection is ongoing as students assess plant health, bird migration, butterfly counts, and stream pollution.  Snakes, deer, turtles, stream creatures, and the occasional bear share in the learning experience.  A working barnyard and garden produce food that the students consume.  Animal husbandry and egg collection are daily activities.  And a visit from a conservation biologist toting a tranquilized (he was certain it was safe) black bear constituted a welcome diversion to the school’s instruction calendar.  “We’re flexible,” the principal often told me.  “We often forget what subject we’re teaching,” related a veteran teacher.

Crellin faculty and staff who previously worked at other schools were resolute in their belief that outdoor access reduces behavioral issues, and engages the hardest to engage students.  They tell of students who came to Crellin after trouble at other schools, only to excel when released from the confines of ordinary classrooms.  Crellin’s principal believes that the outdoors “makes leaders” out of students who are not inclined to succeed in traditional classroom settings, offering test score turnarounds (for transferring students) and 14 years of data to back her observations.

Goals of Place-Based Education in a Standards Era

“We hate weighing the pig” was a refrain I heard repeatedly in my interactions with Crellin faculty, several of whom came to Crellin after being at schools where pig weighing (i.e. standardized testing) drove instruction.  Several of Crellin’s community partners hold terminal degrees and/or have worked in numerous K-12 settings.  Their impressions of Crellin were consistent.  They lamented that other schools in the region set (and met) goals of “covering” state-mandated learning objectives via “textbook-driven” instruction.  This rarely resulted in true “learning” in these seasoned observers’ estimation, and they all were quick to offer examples of the scientific prowess and curiosity that a Crellin education instills.

“If you wanted to create an education environment that was directly opposed to what the brain was good at doing, you probably would design something like a classroom” – John Medina in Brain Rules

Five years ago, I began my journey with place-based education, and the common response from my peers and professors in my graduate program was “what’s that?” or “good luck evaluating that.”   I rued the relative dearth of recent place-based education scholarship to build upon. We were in a world where student achievement—under NCLB—was viewed solely via the lens of test scores.  Now, I realize Crellin and a handful of place-based researchers and advocates were at the forefront of something larger.

Mounting  evidence is showing what Crellin and the Scandinavians have known all along: nature is integral to learning, and the health benefits of this are becoming increasingly clear. As America becomes older and our schools educate an increasingly diverse student population, the need to link school and community grows.  Place-based education is a perfect conduit for such linkages—at minimal cost.  Even the Obama Administration is making place-based programs central to its efforts to combat poverty and build communities.  The premise extends to education:  complex problems require community-rooted solutions that break down silos.

The tide is certainly turning as place-based approaches gain momentum.

Myth 1:  Place-based will not work in an era where students need to think globally.

Reality:  Grounding learning in the local provides context for broader inquiry. Example:  Crellin’s students raise trout hatchlings, eventually releasing them in the stream behind the school.  Students then make a 300-mile bus trip and spend several nights at Smith Island in the Chesapeake to understand the connection between their stream and the larger ecosystem.

Myth 2: “We lack the resources to do place-based education.”

Reality:  Crellin Elementary, a Title I School, serves an economically struggling community in Appalachia.  Though Crellin has earned a wide range of funding from the likes of INTEL and other impressive partners, it did not start that way.  It was and is the community’s sweat equity that brings renewable resources to the school, spurring philanthropic interest.

Crellin’s faculty and principal believe that the Common Core standards’ emphasis on in-depth inquiry align well with place-based education. Here, some tips for getting started:

Author’s note:  Portions of the above article were excerpted and/or taken verbatim from my dissertation and field notes from Crellin.  Thanks to the team at Crellin Elementary for their willingness to share their story.

Sugg holds a M.S. in rural sociology (University of Missouri) and an Ed.D. (College of William and Mary).  He has served as an adjunct faculty member at Tidewater Community College and St. Leo University.  stsugg@email.wm.edu