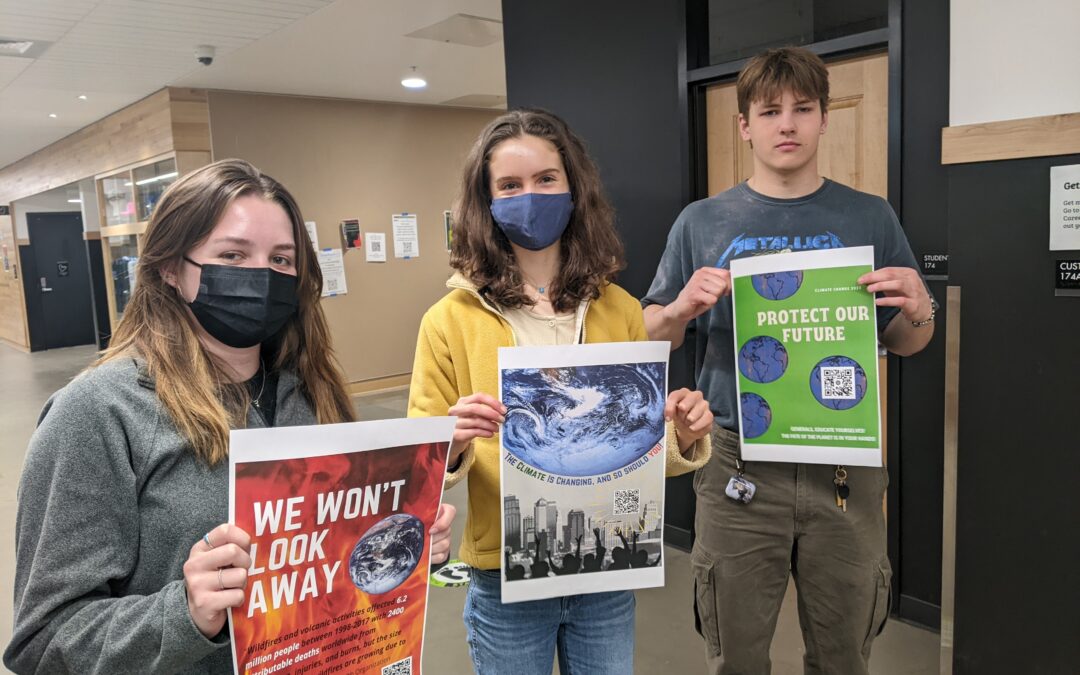 Portland Public Schools (PPS) is a recognized leader in racial equity and sustainability, so it’s no surprise that the Oregon school district is also emerging as a leader in climate justice. The initial push was largely driven by student leaders who demanded a greater focus on climate and equity in their education. In 2016, the district’s school board responded by passing Resolution 5272, which called for the development of a climate change and climate justice curriculum. Over the next three years, PPS worked to identify funding and develop curriculum and other resources to bring climate justice to all its classrooms. One product of these efforts is the climate justice course.

PPS’ climate justice course rolled out online during the 2020-2021 school year in the midst of the COVID-19 pandemic. Now in its sophomore year, the course is offered in-person as an elective at all district high schools (Note: not every district high school teaches the course at this time). The climate justice course merges climate science with historic and current issues of inequity politics and economics with a focus on marginalized and frontline communities and how they’ve been impacted by climate change.

Academics aside, the course is mentally and emotionally challenging for students. It’s not uncommon for students to need breaks, and their families have even pushed for the inclusion of more positive content. However, educators remain steadfast in their determination to teach the course as it’s been conceived. “Information is powerful, especially when it comes to the science behind climate change,” says Christina Aucutt, who teaches the climate justice course at Grant High School. “It’s so important that they understand that first so they can have real conversations with their friends, families, and communities. If they have the science, they have the background information they need to engage in activism that’s more meaningful than just being angry and frustrated. It can also be a way to combat the anxieties they may be feeling around the issue.”

Projects play a central role in grounding and expanding student understanding of climate change and climate justice. Here’s just a sampling of the projects from Aucutt’s class.

The culminating activity in the climate justice course is a capstone project where each student takes something from the class that they are passionate about and creates a platform or a talking piece to educate people on the topic. The product is ultimately up to the student – it can be a commercial, a documentary, a podcast, artwork, a letter to a senator or city council representative, or a blog. Regardless, the intent is to reach beyond their immediate Portland community, give people information, and get them talking and taking action.

A Real Impact on Students

Although the climate justice course is barely two years old, its message and content are resonating in a big way with students. The following quotes from Aucutt’s class reveal how the course is changing how students think about and confront climate change and climate justice.

“I’ve learned a lot about the effects of climate change and the science behind it. I have a much better understanding of things like the carbon cycle, Earth’s energy budget, positive and negative feedback loops, tipping points, and how climate change has affected the timing of events, and plant and animal life cycles. This course has given me the freedom to take what I’ve learned about climate change and express my knowledge in creative ways.”

“I’ve benefited from taking my anger and frustration about climate change and having information to back it up. When people ask me about climate change, I can now be an advocate for climate justice and have tangible information with numbers and truly back up my opinion about the matter. I know why it’s happening, who is affected the most, how it’s affecting communities around me, and ways we can work together to combat it.”

Bringing Climate Justice to Your Classroom

There’s no denying that climate change and climate justice are important topics for students to learn about and understand. For educators who are interested in adding a climate justice course to their school’s curriculum, or even a lesson or a unit in a current class, Aucutt recommends first taking a step back and assessing your own knowledge about climate change and climate justice. There’s a lot of information out there and it’s always changing. Once you know what your level of understanding is, reach out for help. “There’s a lot of help out there because this is a really important issue,” explains Aucutt. “Connect with people who have experience in climate change topics, who are involved in climate justice initiatives. Listen to podcasts and read as much as you can. One thing I’ve learned is that you must stay as current as possible to create the biggest impact for students.”

Green Schools National Network is partnering with schools and districts across the country to help them integrate climate justice into their curriculum.