As Sustainability Officer for Virginia Beach Public Schools, Cole knows firsthand that it doesn’t take a multi-million dollar budget or an extreme makeover to green schools.

Creating a 21st century learning environment can be done over time, in small steps, he says. “Our efforts began more than 10 years ago, and each year we make progress,” he explains. “Schools don’t have to tackle projects all at once or totally revamp their entire program or operation, but can move toward sustainability step by step, year by year.”

Cole will spotlight sustainability efforts in Virginia Beach schools at a pre-conference event planned as part of the 5th annual Green School National Conference (March 4-7 – mark that calendar!). Several pre- or post-conference events will soon be announced with the release of the GSNC program.

Cole and Nate Allen of the Center for Green Schools at the US Green Building Council will co-host a Policy Makers Tour Wednesday, March 4.

The event will showcase the efforts of the Virginia Beach Public Schools as they transition towards 21st century learning environments, and include a tour of Kellam High School as well as a panel of policy makers from government, business and education who will discuss the tools, resources and networks needed to successfully advance healthy, high-performing schools. 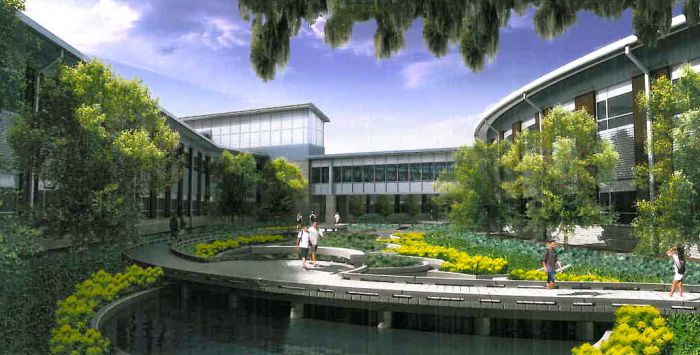 College Park Elementary School and Renaissance Academy will be featured to show how the simple ‘eat, move, learn’ mantra can make a real difference in student health and academic performance. A panel of regional and national experts will also provide tips on how to institute similar efforts and answer questions on best practices. 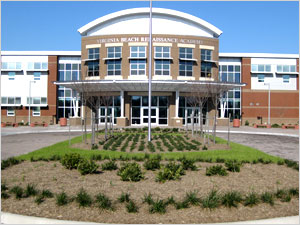 Cole encourages conferees to attend these and other sessions to learn that any effort to incorporate sustainable practices can provide payback. For example, although new construction over the past 10 years has increased the total square footage of Virginia Beach schools by 9 percent, energy consumption has decreased by 21 percent.

As Cole notes, small steps can lead to big results.